What Toronto can learn from Alberta when it comes to rats

Rat-specific calls in Toronto up 35%, one exterminator says 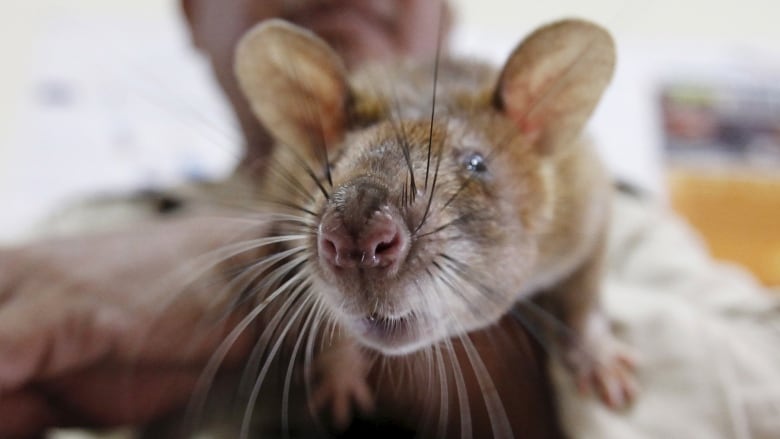 Rat-specific calls have risen 35 per cent in Toronto in the last year, according to one exterminator. The city is in the midst of a study on the extent of the city’s rat problem. (Samrang Pring/Reuters)

The former head of Alberta's Rat Control Program has a story to tell Torontonians about how that province went to war against the pests ... and won.

"We went in with firearms, we went in with live active bait ... and we also went in with traps," John Bourne recalled from Colorado Springs during a Skype interview Wednesday with CBC News.

Alberta has held the title of being pretty much rat-free since the 1950s because of an aggressive program which had people like Bourne patrolling the Alberta-Saskatchewan border on the lookout for the wiley vermin.

"It's kind of like a search and destroy," Bourne told CBC when he was leader of the program back in 2000. "The guile and the cunning of these animals is just so remarkable. You just can't let your guard down."

Bourne has some advice for Toronto about how to handle the pests, with rat-specific calls up 35 per cent around the city in the past year, according to YaniSivenas of The Exterminators Inc. 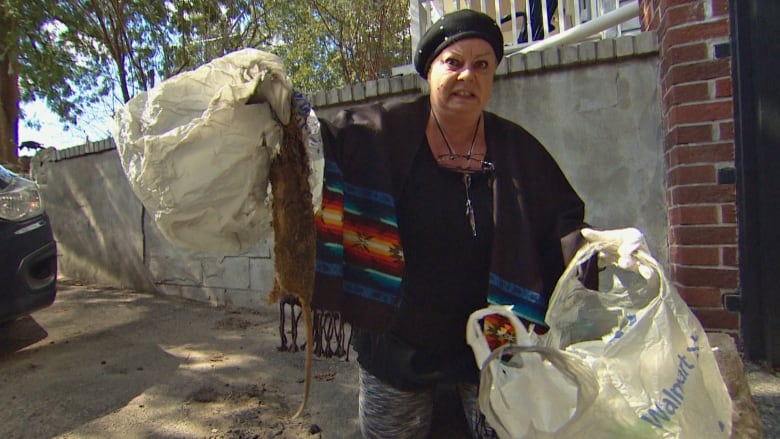 Donna Devlin, with a rat carcass she has just pulled from her driveway catch basin. She lives in the Beaches-East York ward, which has the third most rodent complaints in the city. (Rob Krbavac/CBC)

In one ward in the Danforth-Woodbine area, rat complaints to the city nearly doubled in the last year.

Residents there said they have been fighting with rat infestations for the last decade, but have noticed an escalation in their population in the past two or three years. They think it has to do with nearby condo developments driving the rats out of their underground homes. 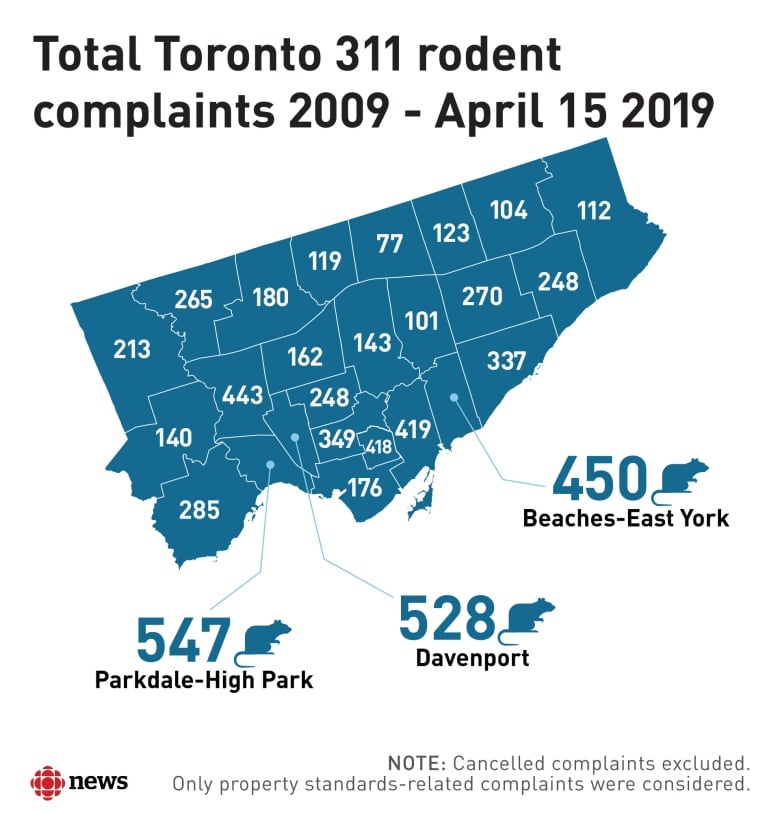 'The more people, the more rats'

Sivenas agreed that anyone living around construction sites will experience "a radius in which we see an increase of rat calls around those centres."

Often the animals end up on quiet residential streets nearby.

Toronto's increasing density may also be contributing to a larger rat problem. As Sivenas said: "The more people, the more rats."

But Bourne said there is hope in eradicating the vermin, and Alberta is an example of how it's possible.

"It can be done, and it can be done on a block-by-block, or a building-by-building approach," Bourne explained. 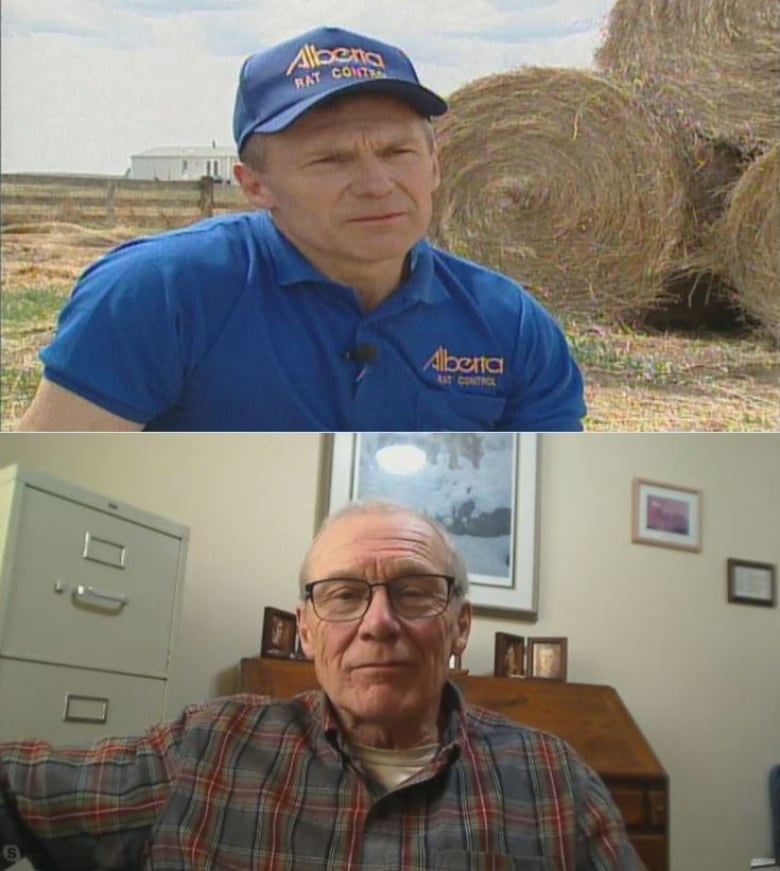 Above, John Bourne in 2000 as the head of Alberta's Rat Control Program. Below, Bourne today in his home in Colorado Springs. (CBC)

The city is currently doing a Toronto-wide study on the extent of the city's rat problem, which is due by the end of the year. Mayor John Tory said he has concerns about what a rat prevention program might cost.

"It's a huge cost, and that cost comes from the same money that pays for affordable housing or transit," he told CBC Toronto, adding however, that he's "certainly not unwilling to look at it." 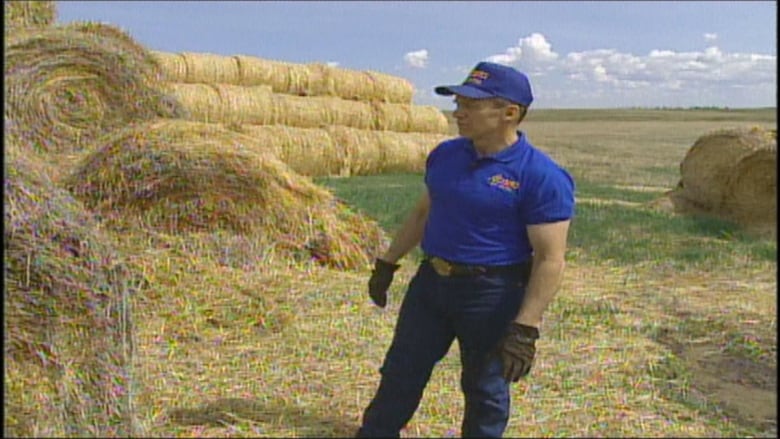 John Bourne patrolled the Alberta-Saskatchewan border for rats from 1971 to 2006. (CBC)

But Bourne, who agreed the cost would be high, said the savings created by such a program would be even higher because rats can cause damage to buildings, chew electrical wires, cause fires and ruin food supplies.

"We know that for every rat that we were able to eliminate in Alberta, we were saving farmers and consumers a lot of money," he said.

Since 1953, Alberta has remained vigilant in keeping rats out of the province, and in doing so it has spared no expense along the way.

In 1968, 250 pest control officers were employed by the province. In 2015, after an unusual infestation plagued southern Alberta, the province set up a toll-free line for people to call in their rat sightings. And there are still on-going annual inspections along the control zone, according to the province's website.

How to stop rats from making your house their home

Bourne, Tory and the city all say the best way to deal with rats is prevention.

"I think really the key to it is, not to make it an attractive place for them to be," Tory said.

Sivenas explained there are important steps to keeping rats from nesting in and around your home: