In the rat race, Alberta has always been winning The province maintains its rodent-free status in 1968 by employing 250 pest control officers. 1:41

When an Alberta resident spotted one of the "tricky, destructive and sometimes deadly" critters in 1968, all they needed to do was report it to the province's pest control program. 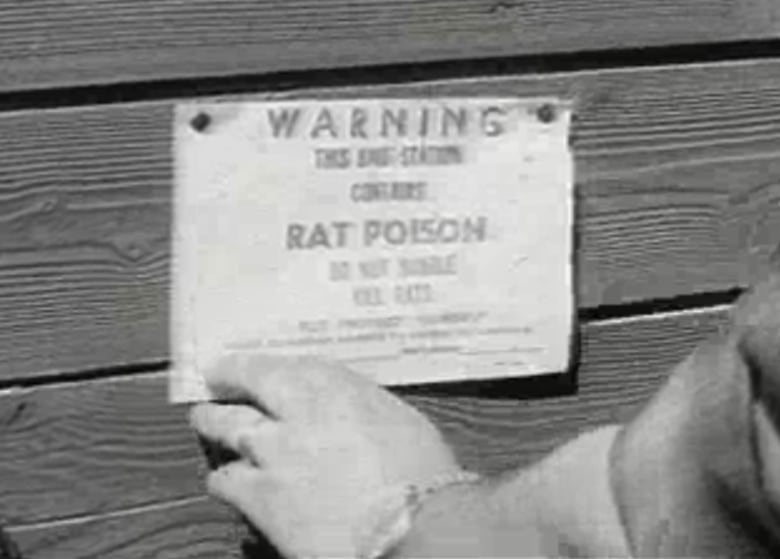 A pest control officer nails up a warning after distributing rat poison outside an Alberta building. (CBC News/CBC Archives)

Rats would eat almost anything, chew under buildings with their "razor-sharp" teeth, and spread contamination, according to CBC reporter John Warren.

An officer hired by the province knew exactly where to find the rodents.

"Granaries, chicken coops, piggeries and most anyplace that people choose to throw garbage," said the officer, who was pictured spreading rat poison around the exterior of a prairie building.

When they got the call about a rat sighting, they wasted no time.

"We get out there just as quick as possible and destroy it," he said, noting that Albertans had been "pretty well educated" to report any stray rats.

In neighbouring Saskatchewan, rat-control efforts were less co-ordinated, and it showed.

"Saskatchewan ... is losing about $25 million a year to the rodent enemy," said Warren. 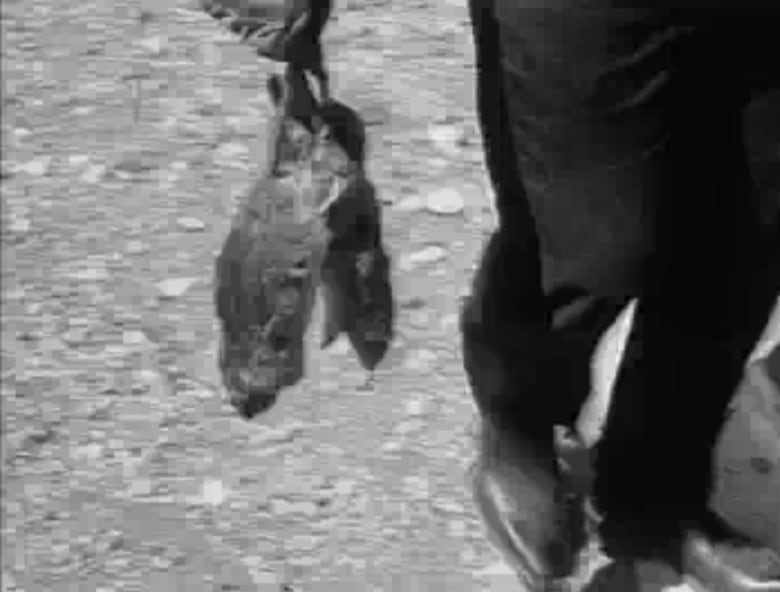 Ivan Clark, a representative with that province's Department of Agriculture, acknowledged that an estimated 70 per cent of farms had rats.

And it seemed like people there just weren't as concerned about the pest as their neighbours to the west.

"There is a general indifference on the part of the farmers concerned, people living in town, municipalities, and to some extent the provincial government," said Clark.

But maybe they should have been, given the recent rat encounters Clark listed.