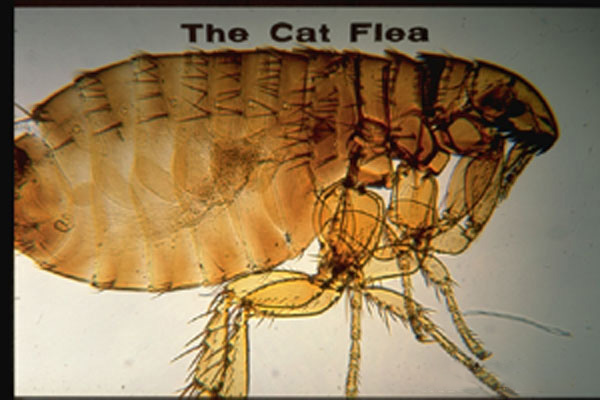 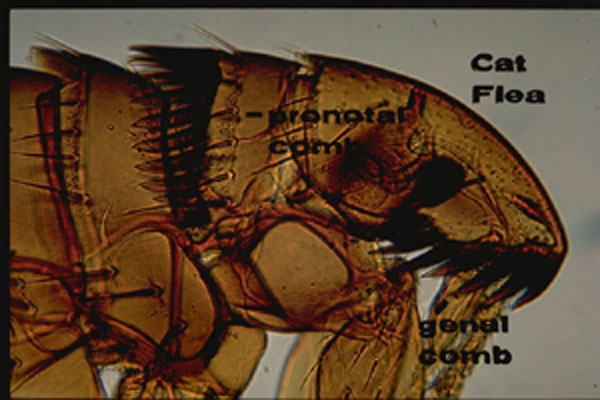 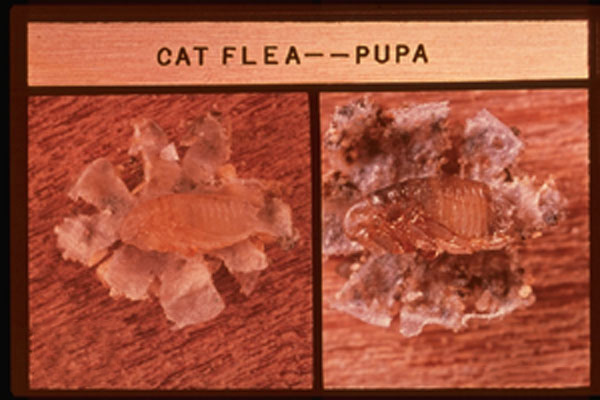 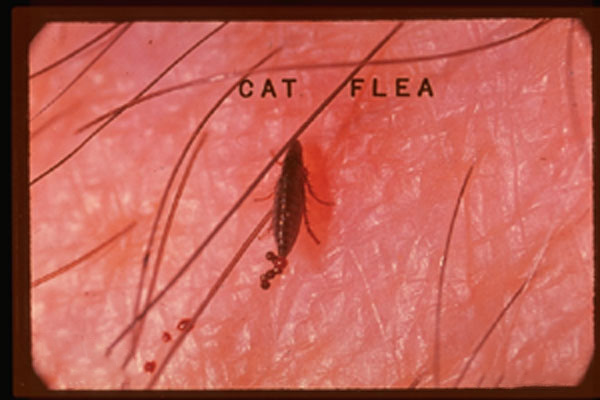 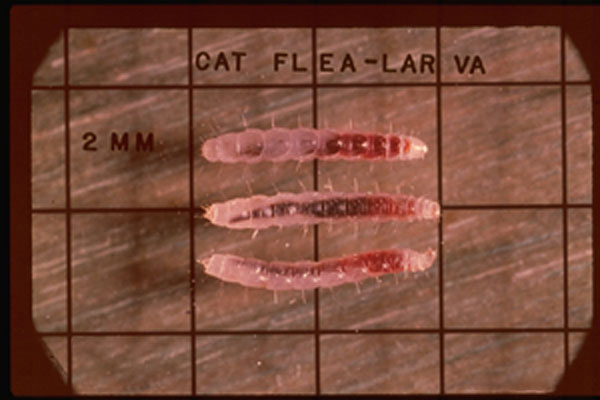 There are dozens of different species of fleas, but the Cat Flea is by far the most common flea on pets and in structures in the United States. It originated in Africa as an ectoparasite of the large native cats.

The Cat Flea is a blood feeder as the adult, and a scavenger as the larva. The adults remain on the animals they feed on unless physically forced off, and may live up to a year. The female lays the eggs on the host animal and these eggs fall off to the floor or other surface below. The eggs hatch in a few days and the larvae begins to feed on organic debris it finds, but also must consume some dried blood in order to progress to the pupa stage. This blood is from the dried feces of the adult fleas, and it falls off the pets wherever they spend time. Under ideal conditions the time from egg to adult can be as short as 2 weeks, or it may take several months if there is no host activity to stimulate some of the pupa to hatch to the adult stage. The Cat Flea is a possible vector of bubonic plague, and it is a common flea species on raccoons and opossum, as well as the primary flea on both dogs and cats in the U.S.

All fleas are similar in appearance, as wingless insects with bodies flattened from side to side and with long hind legs for jumping. They are black to reddish black in color and have spiny legs as well as rows of spines along other body areas called “combs”. These combs are important for identification of the species. The genal comb is a row below the head, and the pronotal comb is a row behind the head, at the back of the pronotum. The Cat Flea has both combs, it has eyes present, the genal comb is horizontally placed, and the first two spines on the genal comb are the same length. These characters separate it from the similar Dog Flea. Flea larvae are rarely seen, but they are legless and whitish with a brown head, unless they have fed on fecal matter from the adults, in which case they assume a reddish color. They are covered with short hairs, and when disturbed are able to flip about violently in order to escape.