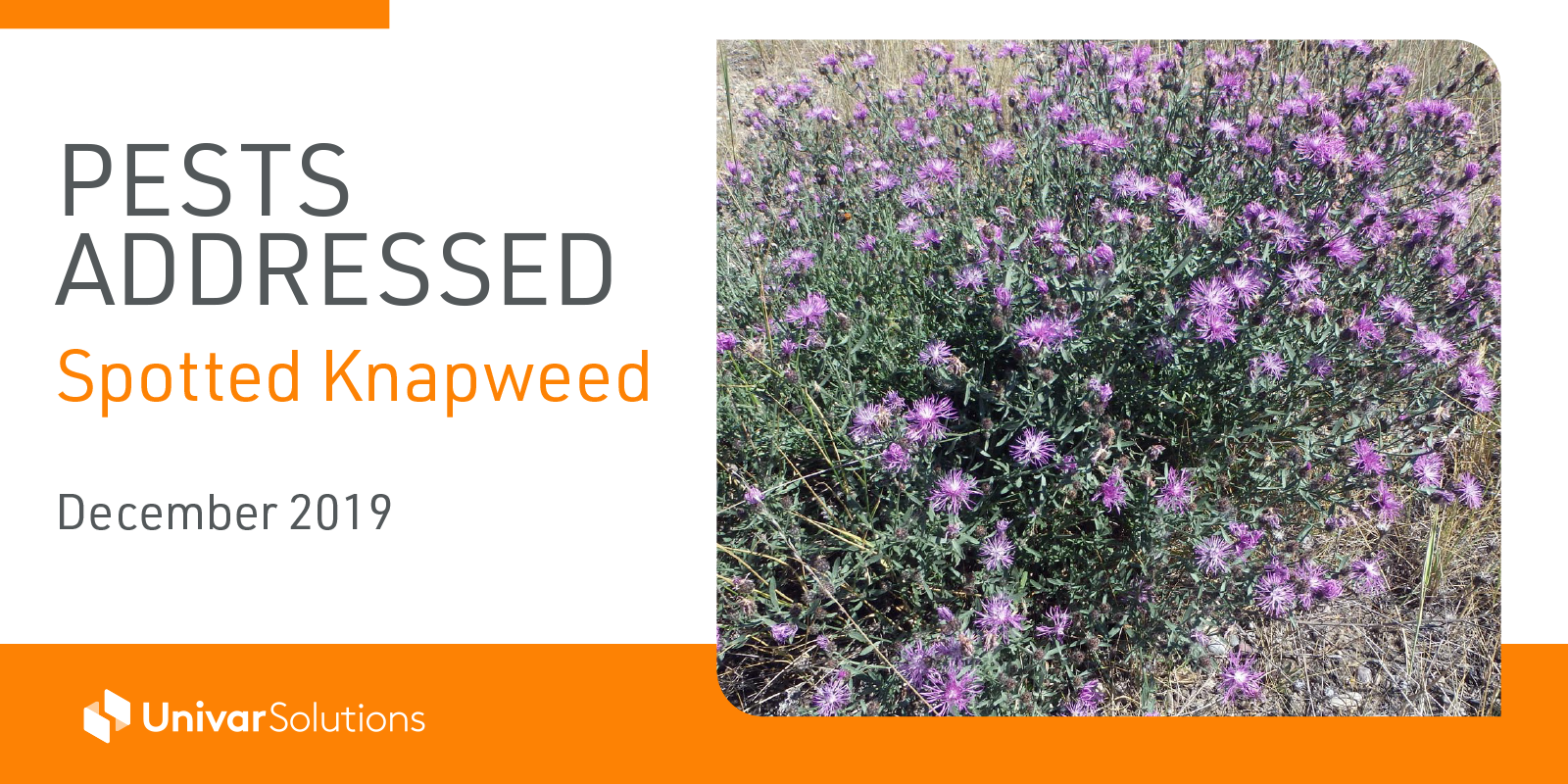 A biennial plant or short-lived perennial producing a rosette the first year and flowering the second. It is believed to have been accidently introduced from Europe in the late 1800s through contaminated alfalfa and clover seed and in soil used for ship ballast.

Stem Leaves: leaves are alternately arranged and decreasing in size and with fewer lobes moving upwards on the stem.

Stems: are stiff, upright and branched, growing up to 1.5 m tall. There may be one or a few stems per plant.

Flowers: a single flower per branch, flowers are whitish, purple or pink with and bear stiff involucral bracts with a brown or black-tipped fringe giving a spotted appearance.

Seeds: spread by seeds a prolific seed producer as individual plants can produce up to 140,000 seeds per square metre. Seeds have an attached tuft of bristles.

An invasive species it is considered noxious in Ontario, British Columbia and prohibited noxious in Manitoba, Saskatchewan and Alberta.

Integrated Weed Management incorporates a number of different weed management tools to reduce weed populations in the field and proactively prevent or manage herbicide resistant weeds. Prevention, avoidance and suppression methods are discussed in detail as well as the importance of monitoring field weed populations over time. Biological, physical, genetic, chemical and cultural control tactics are considered in depth to help control weed densities and diversity in field crops.

This course is approximately 60 minutes long.