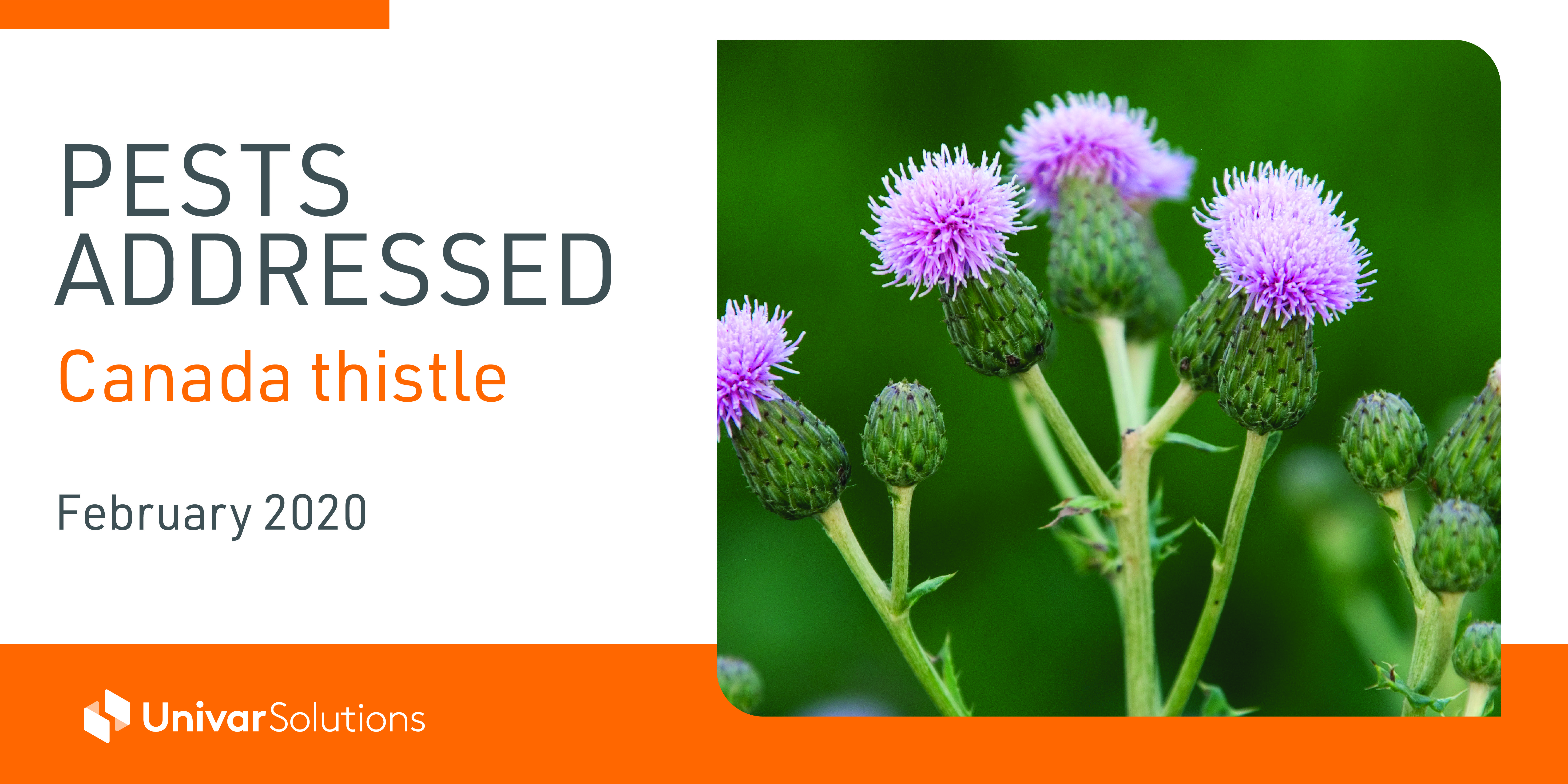 Canada thistle is a native of Eurasia but was introduced to North America in the late 18th century. A perennial with extensive underground creeping roots – which makes this weed a challenge to control. Widespread in many landscapes and the infestations often form dense patches.

2. One of the worst perennial weeds across North America.

3. Plants are either male or female, but only female flowers can produce seed.

Rosette Leaves:Deep horizontal and horizontal creeping rootstocks which are the primary method of local spread.

Cotyledon: Only true seedlings from seed will have cotyledons; oblong to oval; rough; distinctly veined, fleshy, with a rounded top. Re-emerging seedling from rootstocks will not have cotyledons.

Stem: Erect, hairless, and hollow in cross-section. Plants can grow up to 1.2 m. in height.

Flowers: Purple, pinkish or white flowers about 1 cm in diameter, arranged in clusters and smaller than others in the thistle family.

Seeds: An achene dull yellow to brown 2.5 - 4.0 mm in length by 1.0 mm width. Each seed has a feathery pappus to disperse via wind. Dispersed primarily by wind, seeds can also be dispersed by water, animals, clothing, equipment, and vehicles.

It is considered a noxious weed in Ontario, Quebec, British Columbia, Saskatchewan and Alberta while, in Manitoba it is a designated tier 3 noxious weed. The seed is a Primary Noxious, Class 2 in the Canadian Weed Seeds Order, 2016 under the Seeds Act.

Want to learn more about other problem weeds?