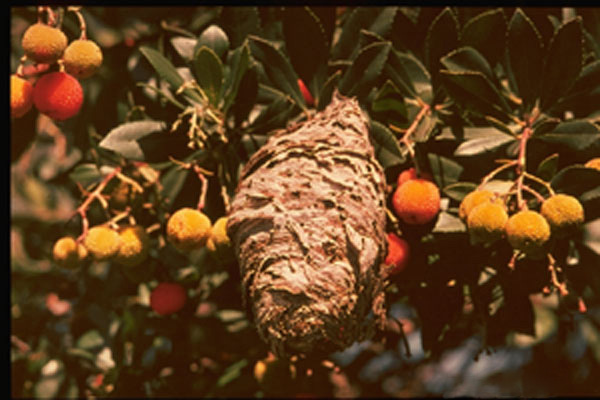 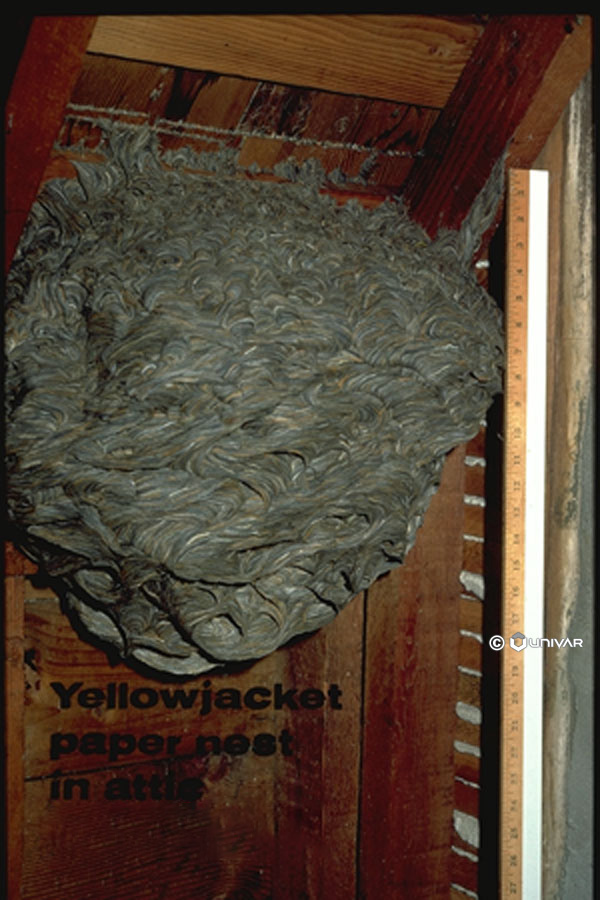 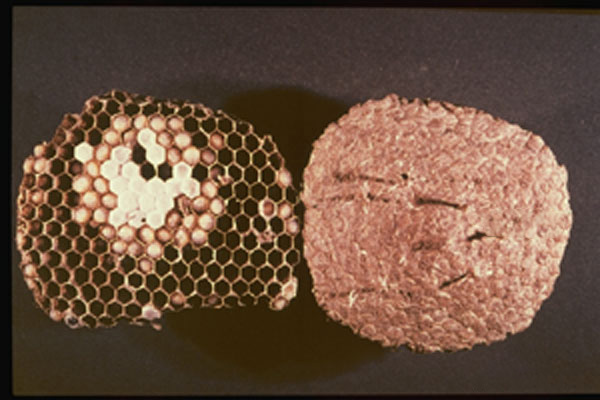 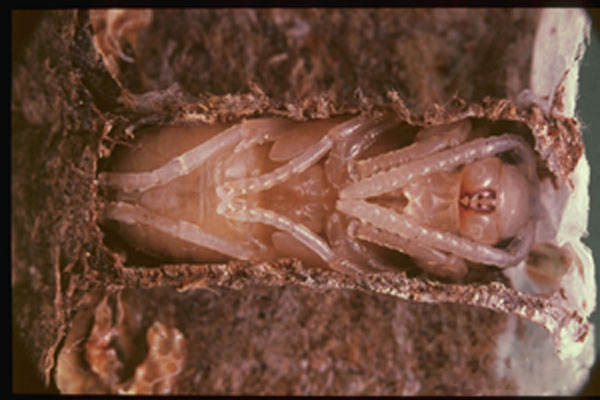 This species is native to Europe and is the common species in the eastern U.S. and Canada.

This is one of several species of yellowjackets referred to as “scavenger” species, due to their tendency to forage for human foods such as meat products and sugary beverages. Most of the 13 North American species, for the most part, restrict their diet to natural foods of honeydew, other insects, and similar sweet or protein sources. In warm regions a colony may continue from year to year, but where winters are cold the social structure breaks down in the fall with females mating and going into hibernation while all workers die and the nest deteriorates with weathering. The fertilized queen begins a new nest in the spring with around a dozen eggs, and once these have matured to new adults the workers take over all colony activities. They will create a nest in any convenient cavity, including holes in the soil or voids in structures, as well as hanging aerial nests. They will aggressively defend their nest area with the ability to administer multiple stings. A colony that is able to begin early in the year may end up with over 25,000 workers in it by the end of summer.

The yellowjackets are distinguished by their black and yellow coloring and compact bodies. The abdomen is joined to the thorax without an extended thin waist. The antennae are long and thick. The patterns of the black bands running across each segment of the abdomen, along with the patterns of black or yellow on the head, will distinguish one species of yellowjacket from another.

It is important to locate the nest when located in a structure and to treat it directly if possible. A dust formulation injected directly into the interior of the nest can be effective, and since the nest will normally have a cover around the cells the use of directed aerosols will not be effective. When the nest cannot be accessed the use of a residual insecticide applied to the entrance point and with the ability to adhere to the passing workers for distribution within the colony (horizontal transfer) is shown to be very effective. Nests located in the soil can be treated with a labeled dust or aerosol product. The scavenger yellowjackets also readily take bait materials of meat or sweet syrups treated with a labeled insecticide and placed within an appropriate station. The use of traps to capture yellowjackets will not eliminate an established colony but may be more effective very early in the season.

Generation Gaps and How to Close Them - SP