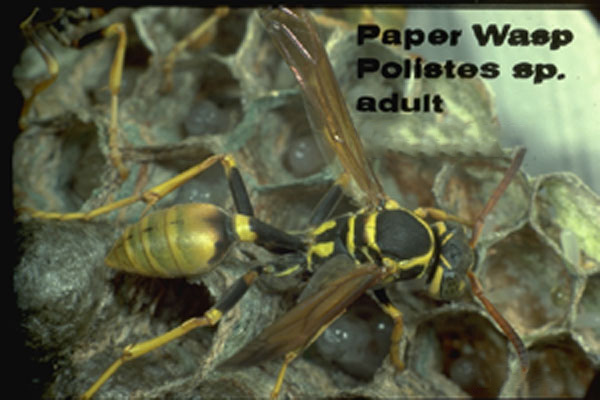 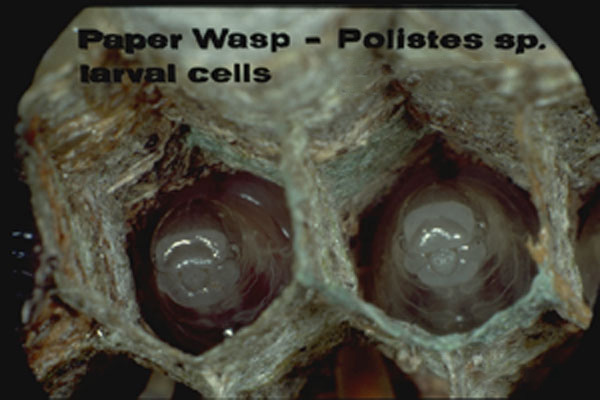 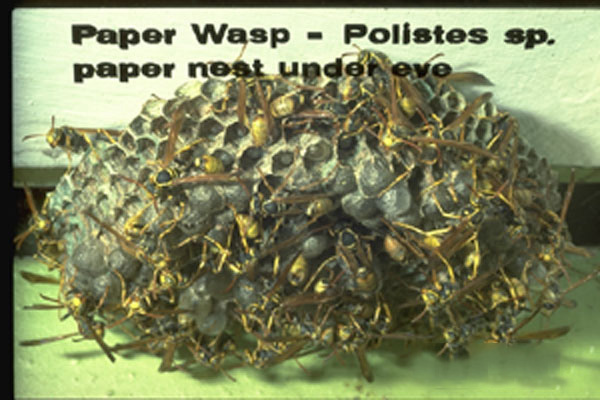 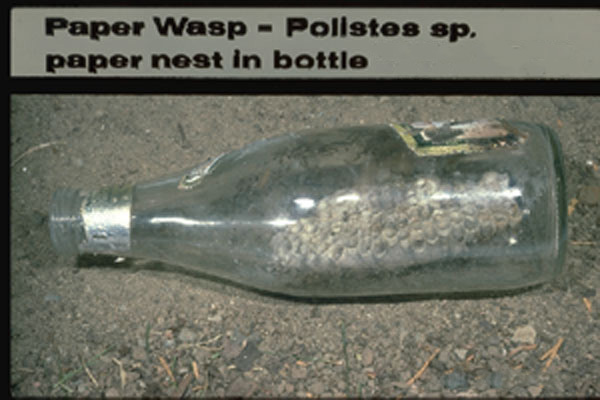 Many species of these wasps are native insects in North America.

The umbrella wasps derive their name from the upside-down umbrella shape of their nests. They are closely related to yellowjackets, but have smaller colonies, exposed cells in the nest, and are not the annoying scavengers on human foods that yellowjackets are. These wasps are a nuisance when they sting someone who gets too near their hive or when they are foraging for foods in orchards or backyard gardens. Adults feed on sugary liquids, but gather natural foods such as insect larvae to feed to their own offspring. Colonies do not survive the winter, but are started by a single fertilized female which over-wintered in a protected location. The nest is created from chewed bark, dried plant parts, or other cellulose materials, and the cells in which the larvae will grow are formed as the traditional hexagon shape. Once the first adults emerge they become the workers and the original female, or “queen”, settles into laying eggs. All members of the colony are females and all of them can sting.

Umbrella wasps are very similar to yellowjackets, but they have a thin waist between their abdomen and thorax, unlike the tightly joined abdomen and waist of the yellowjacket. They are large wasps, usually about one inch long, and colors are yellow with black, orange, or reddish brown. Colonies may eventually contain several hundred workers, and usually consist of a single, flat, very wide nest. The adult workers rest on this at night. It is common for these nests to be built under eaves or in attics.

Physical removal is effective if care is taken, particularly doing so at night when the adult wasps are not active but are resting on the nest. The adults may also be killed with a directed stream of insecticide from an aerosol designed for these wasps. Once the adults are killed the nest can be removed and disposed of.

Generation Gaps and How to Close Them - SP