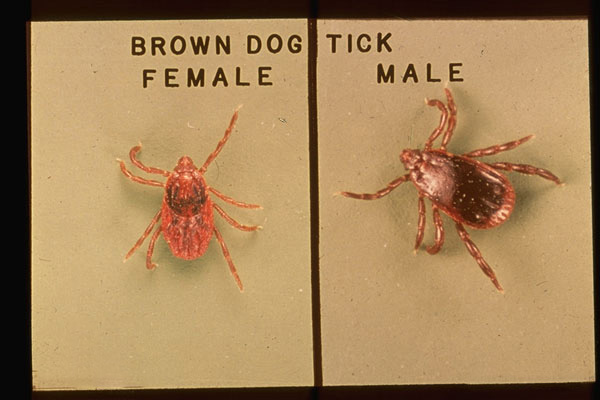 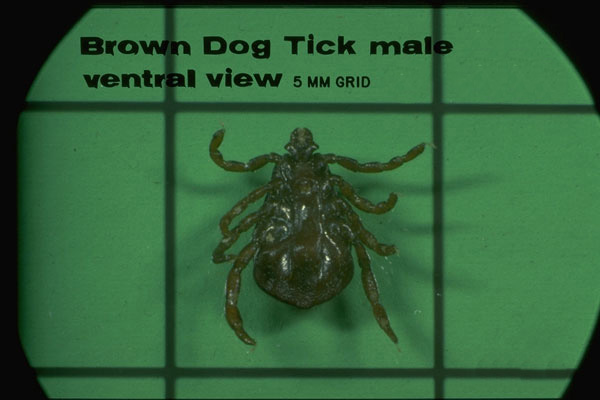 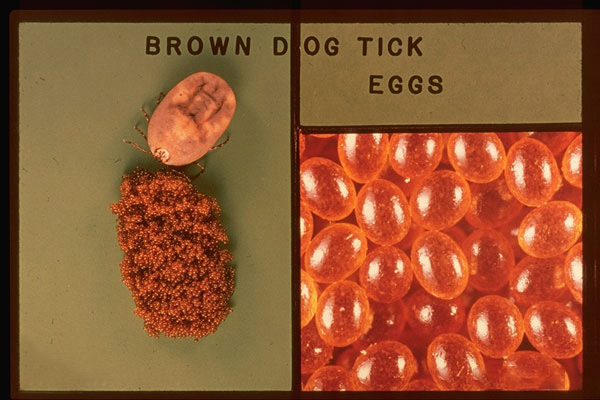 Apparently this tick is native to North America, and it occurs most often in states with warm climates. It also occurs into Latin America in the tropical and subtropical areas.

The brown dog tick is a common pest of dogs, but possibly does not attack humans at all. However, it can be a serious nuisance in the home when pets are infested. It is potentially a vector of Rocky Mountain Spotted Fever. Hard ticks in general have a two year life cycle, with eggs hatching to the 6-legged larva in the spring, these progressing to the second instar nymph stage which overwinters, and these progressing the following year to the adult tick. There is usually a single blood meal at each stage, with the tick remaining attached for several days to over a week. After fertilization by the male, and a blood meal, the female hard tick produces a single batch of up to several thousand eggs, and then she dies. These eggs are usually placed into a secluded crevice of some sort, and this may be within a structure. The engorged, gravid female becomes bloated to many times her original size.

Tick control begins with prevention, by helping people understand what ticks look like, how to inspect for them, and how to remove them when found on clothing or the body. The use of repellents, light colored clothing, and frequent inspection when in tick infested habitats are important. Pets should be carefully inspected as well after activity in potential tick habitat. For tick infestations within a structure careful applications of a residual pyrethroid to cracks and crevices that may harbor the ticks or their egg masses may be needed, and outdoors applications to turf and foliage around the perimeter of a property will kill ticks that are close to this urban environment.