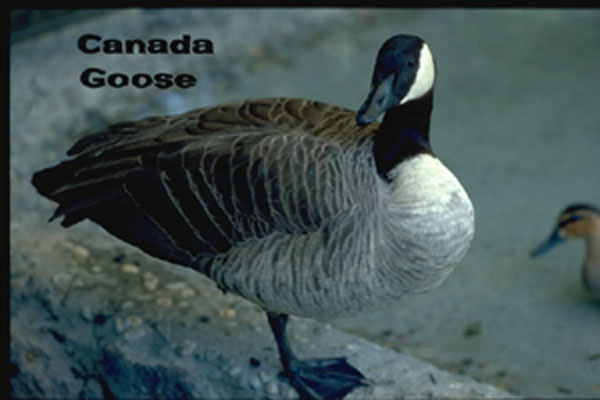 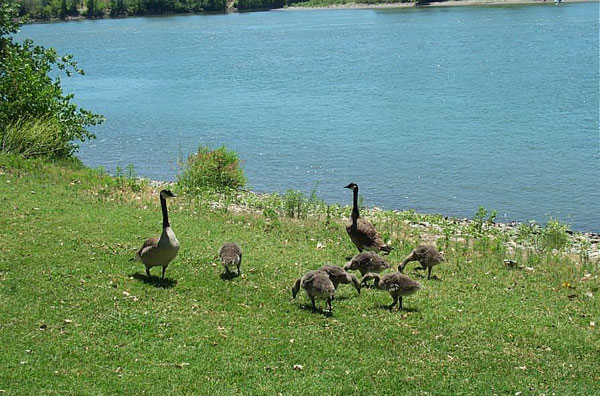 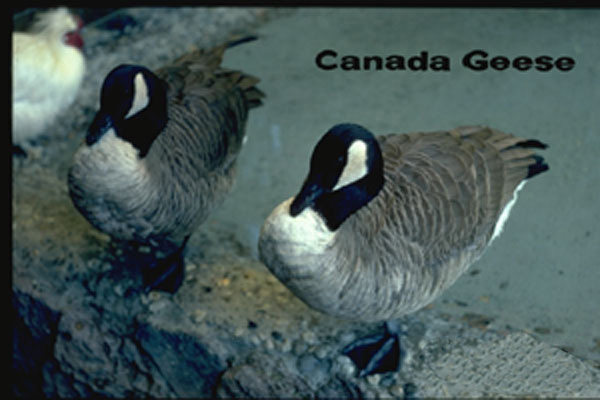 Native to North America, with breeding populations found in every province of Canada and in all of the continental United States.

There are 12 subspecies of the Canada Goose, with a wide variance in size and appearance, with adults ranging from 3 lbs to 11 lbs depending on the subspecies. Problems with geese include safety hazards to aircraft, aggressive geese in public areas, over-grazing of turf near water sites, and the accumulations of their feces on surfaces, lawns, or in drinking water supplies. One goose will produce 1 pound of droppings each day. Adult birds generally migrate hundreds of miles to the south during the winter months, returning in late winter to breeding and “molting” areas to the north. Eggs are laid in the spring with an average of 5 eggs per nest, and young geese are capable of flying by late summer. In early summer adult geese go through a severe annual molt, shedding and replacing their outer wing feathers over a 4 to 5 week period, during which they are flightless. Large groups gather in ponds for this, and forage along the banks and on turf adjacent to the pond.

A very heavy-bodied bird with a long neck, color ranging from dark gray to pale gray to brown. Neck and head are black with a white patch on the cheek area. Chest area is white and the underside is lighter colored than the top of the body and wings.

As are all waterfowl, Canada Geese are protected under the Migratory Bird Treaty Act , and may be killed or possessed only by permit from wildlife authorities. Control normally is accomplished with use of repellents on sensitive turf, noise devices, reflective tape or other visual frightening devices, barriers of fencing, rope, or vegetation to prevent their movement onto land, or motion-activated sprinklers. Control can also be enhanced by discouraging people from feeding geese materials they should not be eating, such as bread or crackers.