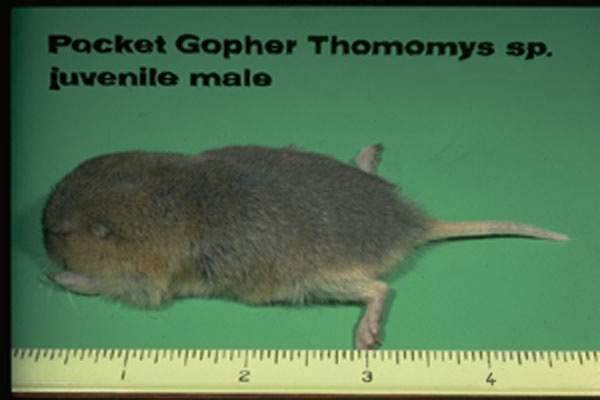 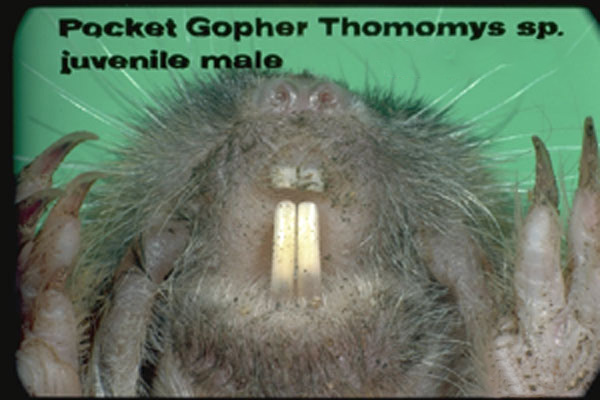 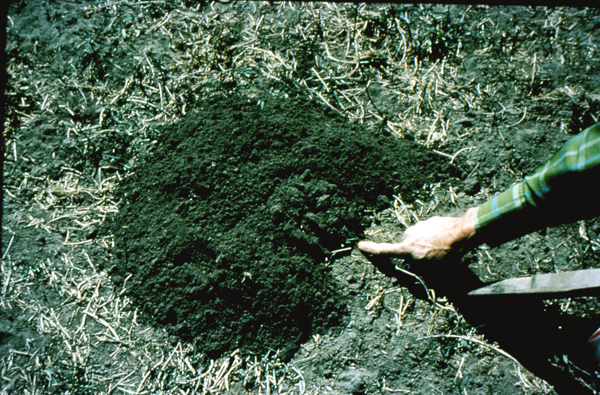 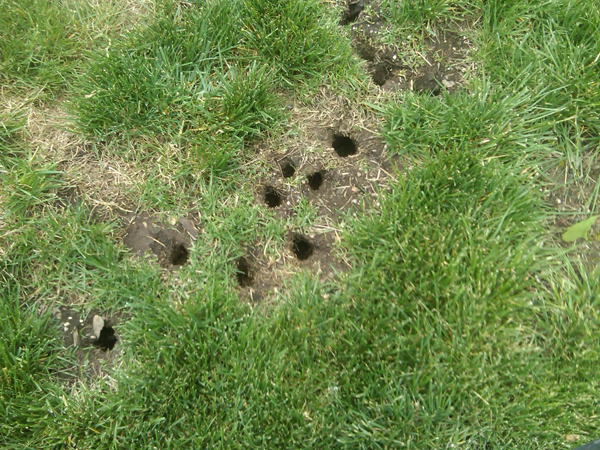 These are native gophers in western North America, with nearly 10 species in the genus.

Pocket gophers are so named because of the external pouches on either side of their mouth that they use for carrying food. These are solitary animals that live alone in their extensive burrow system except for periods of mating and rearing of young. Many gophers may live together in an area with burrows that do not interconnect. A single gopher may forage over a range of an acre, but normally less when food supplies are ample. They do not hibernate, but store food in chambers for times when food is not available. They also will forage during the winter, creating meandering tunnels on the surface of the soil when snow covers an area, and these tubes persist into the spring after the snow has melted. Food of the gopher is almost entirely plant material and they feed on roots and tubers as well as above ground plant materials accessed by tunnels that lead to the surface. Soil from digging is frequently pushed out of the tunnel system to create surface mounds with a characteristic “horseshoe” shape and always with a soil plug on one side. They may have 1 to 2 litters per year with 3 to 4 young per litter.

Mature gophers are about 6 inches long with very small ears, small eyes, and with a head that is proportionately large compared with the body. The front feet are enlarged and have very long claws. The tail is very short and nearly bare of hairs. The color is brown to very dark brown.

For large scale problems the fumigant aluminum phosphide may be an excellent product that kills the gophers quickly and generally within their burrows. There are restrictions on the use of this fumigant near structures. Sulfur cartridges also can be set off in a burrow system to kill the gophers. Baiting can be very effective if the gophers will accept the bait, and bait should be dropped into the surface tunnels and the opening closed afterward. Trapping can be effective but time consuming, and can be done using traps either within the closed burrows or set into exposed burrows that the gopher may then investigate in order to close it again. Many methods for controlling gophers are suggested that are not effective, including the use of auto fumes, flooding, surface repelling devices such as twirling blades or ultrasonic devices, and repellent plants such as garlic.