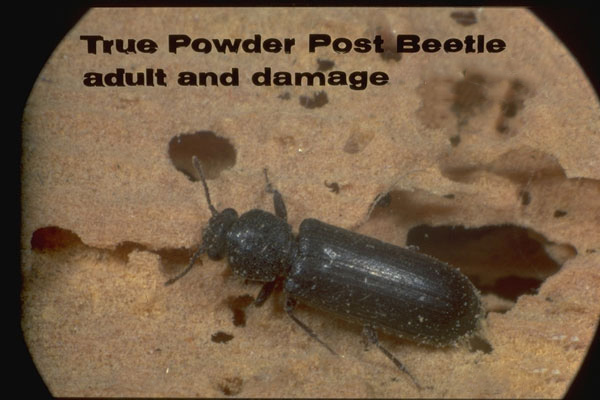 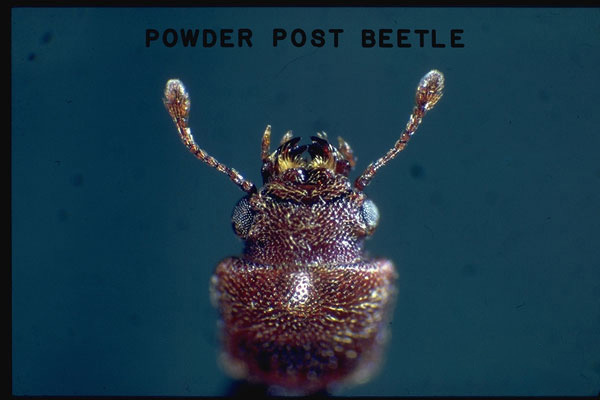 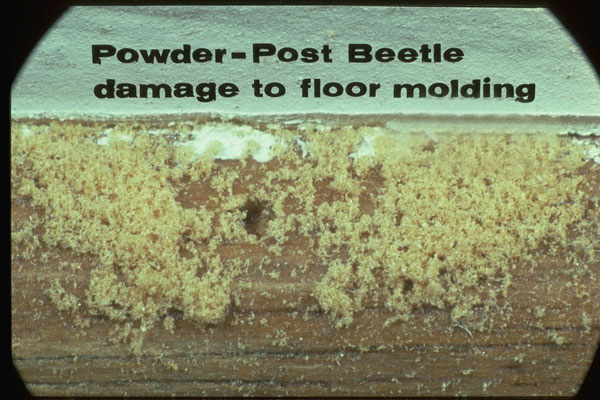 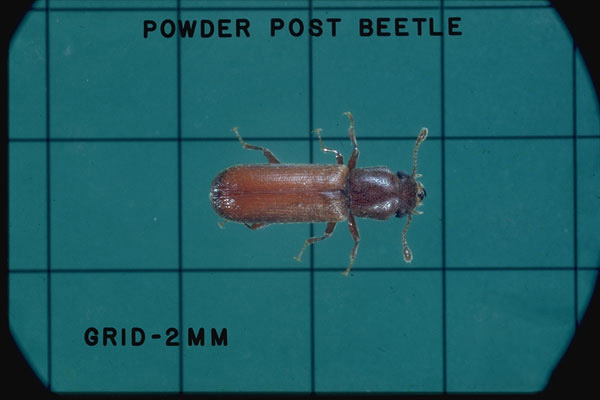 Species of powder-post beetles occur in many countries throughout the world, easily being transported in infested wood products.

It is believed that Lyctus species feed only on hardwoods and not softwoods such as the conifers. They feed primarily in the sapwood of the tree where the starch content is highest, and starch may be the principal food of the larvae. Adults do not feed. Bamboo and wicker products also are commonly attacked. Infested products within a structure may be re-infested for many generations of the beetles, eventually reducing the wood to little more than dust, and potentially moving into other susceptible wood products around them. In an outdoor environment the winter is passed in the larval stage, and as spring approaches it moves near the surface to pupate. Once the adult beetles emerge they mate almost immediately and lay eggs within only a few days, the female placing the eggs into pores in the wood or old emergence holes, using her long ovipositor. The time from egg to adult can range from 3 months to 1 year, depending on the species of the beetle and the environmental conditions.

The fecal material of Lyctus beetles often is diagnostic, as it falls freely from the emergence hole of the adult once it is exposed to the outside. This fecal material is extremely fine and powdery, having almost no grainy consistency to it. Feeding channels of the larvae tend to follow the grain of the wood without branching, and emergence holes of the adults are small and round. Adult beetles range from 2 to 7.5 mm in length, and colors from reddish to brown to almost black, depending on the species. They are very similar to flour beetles, but can be distinguished by the more elongate shape, the longer, thinner antennae with a distinct 2 or 3 segmented club, and by the prothorax which is wider at the front than at the back. In addition, the top of the prothorax has a concavity running front to back in the middle.

Control of most beetles that infest structural wood begins with using clean, un-infested wood so the insects are not built in. For beetles that can re-infest the wood they emerge from elimination usually relies on fumigation, although heating or freezing of smaller objects may be effective. Removal and replacement of the infested wood is also effective where it is practical.