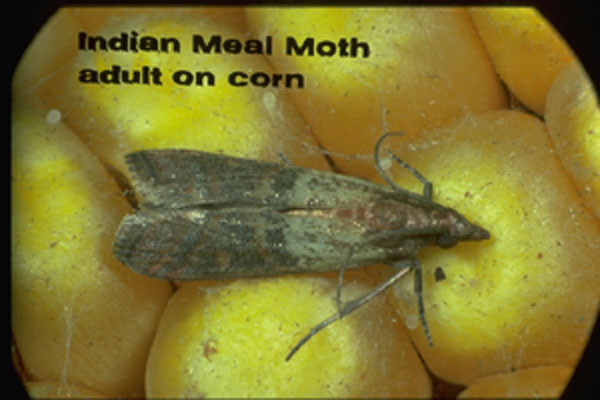 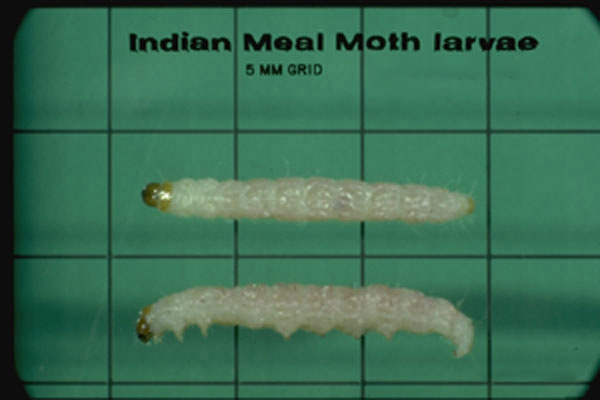 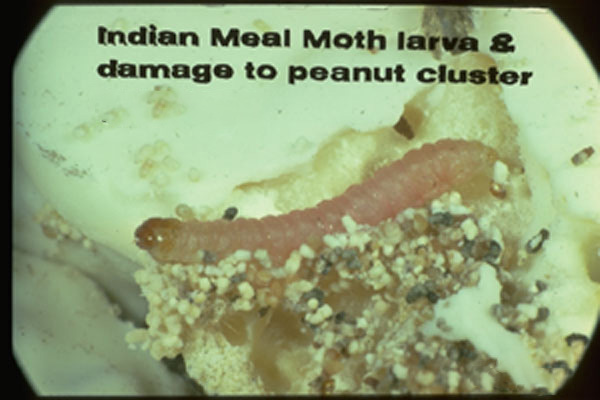 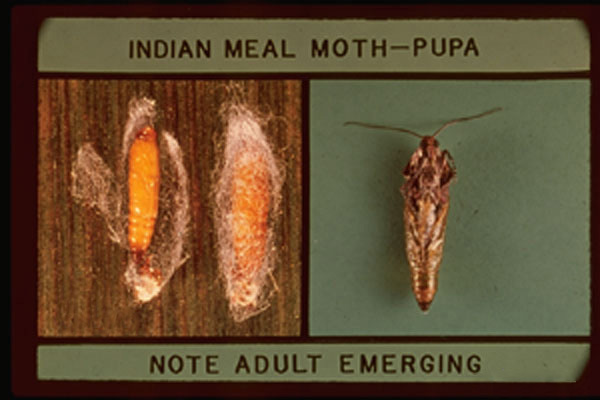 A native of Europe and Asia, but now found throughout the world. The common name was given to the moth by an American entomologist who found it infesting cornmeal, or “Indian” corn.

This moth species can be found infesting possibly the widest range of food products of any moth, from nuts to grain products to fresh or dried fruit. It will infest virtually any processed food of vegetable origin, including candy bars, pet foods, and spices. It infests seeds and commonly will be in dried flower arrangements. It is a major pest of commercial dried fruit and nut industries. Females can lay up to 400 eggs on the food material, over a 2 to 3 week period, and usually at night. Adult moths tend to avoid lights. The larvae feed in seclusion, spinning silk webbing over themselves and the food material as they feed and move about. The period from egg to adult can be less than one month or up to almost a year, depending primarily on temperature and humidity. Under favorable conditions there can be as many as 8 generations per year. The larvae typically leave the infested food and wander long distances to seek a protected spot to pupate, and their thin silk cocoons can be found in rooms far away from the infested material.

The adult moth is very distinctive, with a coppery red outer half to each forewing, and a creamy white basal half. They are small moths with a wingspan of only about 20 mm or less. The larvae are small and typically lepidoptera, with their color ranging from tan to white to pink to even a greenish tint. The larva has no spots along its body, distinguishing it from similar food pest moth species.

Typical of most stored food moth infestations, an inspection must be made to determine which materials are infested, including areas of the structure where foods may not typically be found, such as garages or closets. Disposal of the infested material, followed by a thorough cleaning of the area and possible application of a residual insecticide to intercept any larvae that may have left the food material are needed. Special consideration must be made to unusual possibilities such as dried flowers, and also to the discovery and removal of larvae and pupae some distance from the infested materials.