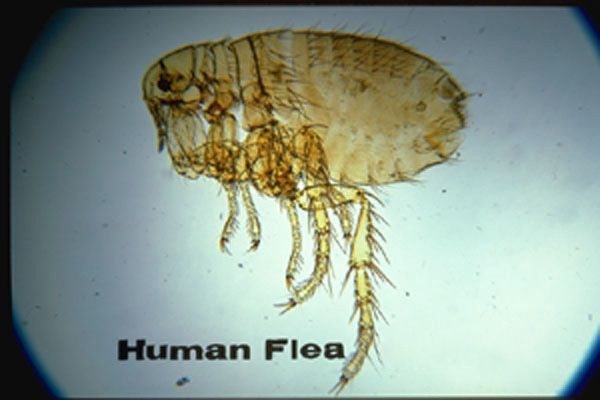 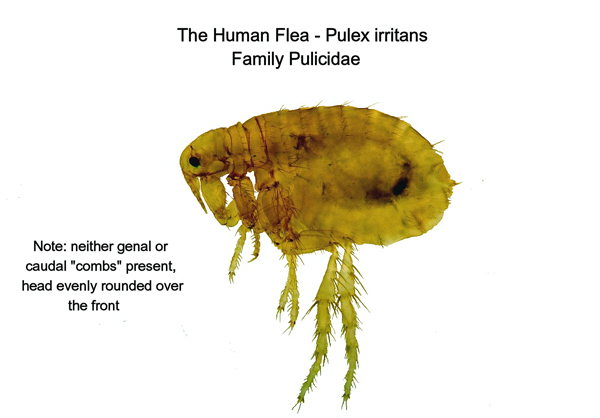 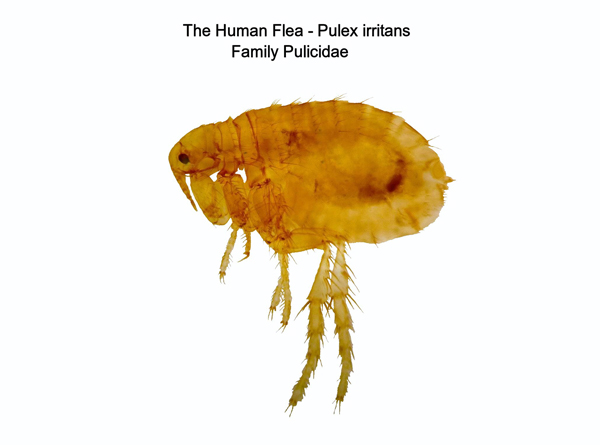 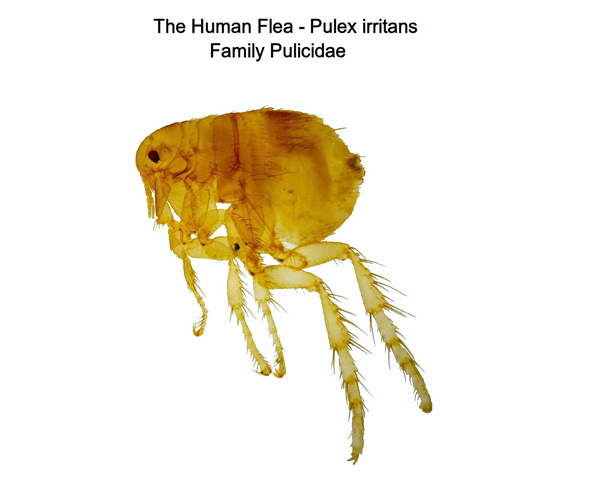 It is believed that this flea, now found throughout the world, may have originated in South America, feeding on native mammals there. It is extremely rare in North America.

Despite its common name this flea rarely feeds on human, but is known to feed on a great many other warm blooded animals, including peridomestic rats, fowl, bats, opossum and other wild mammals, horses, as well as cats and dogs. The adult fleas may live nearly 2 years. The females deposit up to 500 eggs on the host animal as well as on the floors of the structures they inhabit. The fleas are capable of transmitting the numerous pathogens such as plague, tularemia and tapeworm, but is most implicated in spreading murine typhus.

All fleas are similar in appearance, as wingless insects with bodies flattened from side to side and with long hind legs for jumping. They are black to reddish black in color and have spiny legs as well as rows of spines along other body areas called “combs”. These combs are important for identification of the species. The genal comb is a row below the head and the pronotal comb is a row behind the head. The Human Flea lacks both of these combs, helping to separate it from the Cat and Dog fleas as well as other species. It has a stout bristle that originates below the eye, compared with the similar Human Flea where that bristle originates from in front of the eye. Flea larvae are rarely seen, but they are legless and whitish with a brown head, unless they have fed on fecal matter from the adults, in which case they assume a reddish color. They are covered with short hairs, and when disturbed are able to flip about violently in order to escape.