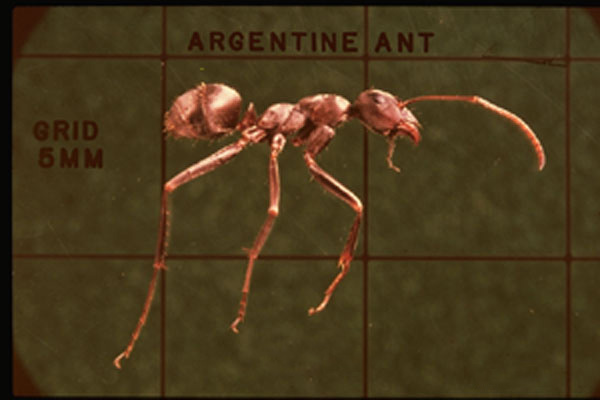 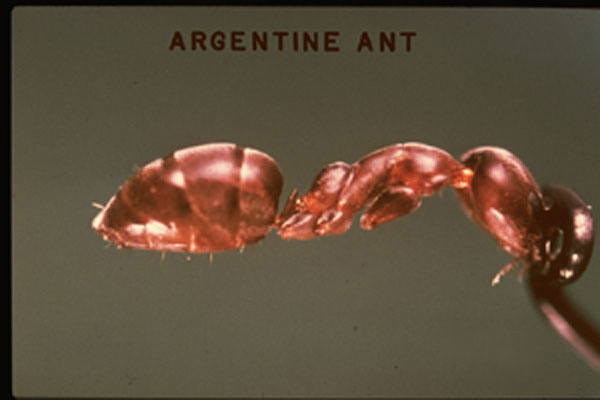 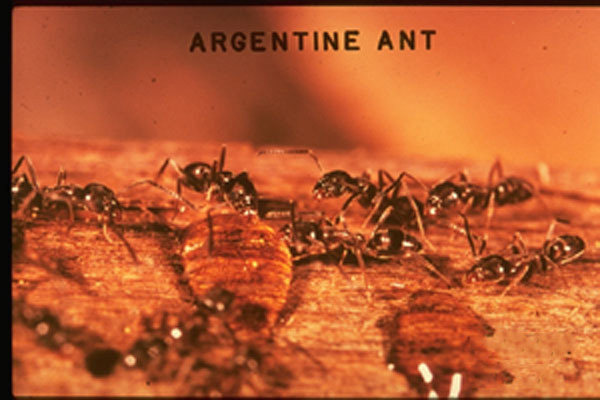 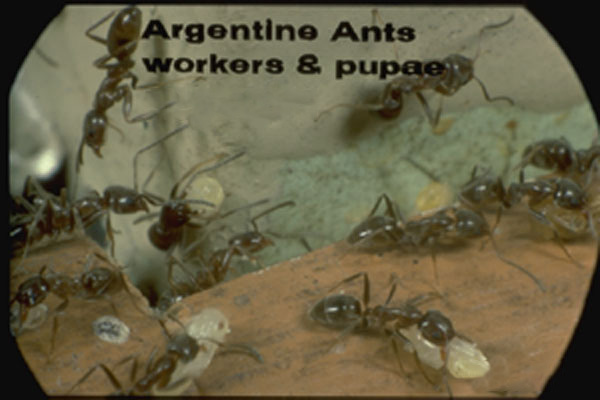 Thought to have arrived from Brazil in ships transporting coffee around 1891, and now found throughout North America, in Hawaii, and on most other continents throughout the world.

Though the Argentine Ant is a small, non-stinging ant, it is a very territorial and aggressive ant that will drive away or kill competing ant species. Neighboring colonies of Argentine ants appear not to be aggressive toward each other, allowing for the rapid spread and domination by this species. Colonies contain thousands of workers and many queens, and mating will take place within the confines of the colony. New colonies are often formed by budding off from the parent colony. Nesting is usually in the soil, commonly under concrete slabs, but may also be found in any other convenient void, such as in trees, wall voids, under insulation, or under debris on the soil. Soil nests are generally very shallow. While protein foods are part of their diet, their preferred foods are sugars, including household food products, fruits in gardens, and honeydew.

Control of most ants includes correction of the attractions that drew them to a property, including harborage sites, food sources, and moisture conditions. Elimination of insects that provide protein or honeydew sources reduces ant foraging in an area, very important for this species, and cleanup of unnecessary debris or objects on the soil that provide harborage eliminates nesting. Ant bait products in granular, liquid, or gel formulations can be effective, and carbohydrate baits may be preferred. Locating the nest of these ants is critical, and if it is found treatment directly into the nest with a residual dust insecticide can be effective.